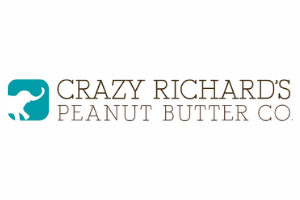 “As a small manufacturer, we were faced with a challenge. We were launching an innovative new product and debating about in-house manufacturing or with an outside manufacturer. We engaged CIFT to help us determine what it would take to bring the manufacturing in-house, what the costs could be and then sourcing the appropriate equipment and laying out the production line. They were very professional and did a great job in meeting the objectives we set for them. CIFT delivered to us a very thorough analysis of the process and potential costs to implement the plan. As a result of their work, we were able to determine the most economic way to proceed. CIFT and their team were always responsive and attentive in our interactions. As a result of our engagement, we are better informed and have information that has helped us as we move down this innovation path. We will turn to them again when a need arises.” – Craig Sonksen, CEO at Crazy Richard’s

Crazy Richard’s, a part of Krema Group, Inc., is a snack company that primarily manufactures prepared foods and miscellaneous food specialties. They are best known for their varieties of peanut butter. They care about wholesome ingredients and helping the environment by using sustainable practices.

Crazy Richard’s was interested in in-house manufacturing of one of their newest products, as opposed to outsourcing the production to a contract manufacturer. The company hoped to move that production into a facility currently used for warehousing and they wanted to know more about what’s involved in that process, including the necessary facility modifications, associated costs and timelines.

CIFT engineers and a partner engineering firm formed a team to complete the feasibility study and provide Crazy Richard’s the information they needed to make a strategic decision on their production. The CIFT team constructed new building drawings and floor plans for the necessary facility modifications, developed process flow documentation, specified process equipment and provided a thorough cost estimate for all aspects of the facility transition.

CIFT also created a very thorough analysis of the internal manufacturing and potential costs of implementation. Upon review of the reports and costs, Crazy Richard’s was able to make an educated decision to explore other routes for in-house manufacturing their product that would save them money in the long run. Through partnering with CIFT, Crazy Richard’s was able to trust that they were getting the most information possible on their new production idea before committing to a solution right away and their employees never skipped a beat on their normal business responsibilities.