Nate’s Nectar is a family owned business that produces raw honey, creamed honey and wax products. Nate’s interest in bees started while in college through a local bee club, which eventually escalated into a successful and growing business. When the company was first getting established, it gained a lot of popularity in their local area. As that popularity grew, wholesalers were ready to invest and expand the company’s reach even more.

Our small business team helped get them started at the NOCK. They began utilizing the different equipment and nutritional labeling services the facility and our team can provide. The ability to automate quickly ramped up their production. Since the NOCK is already a licensed FDA facility, they didn’t have to worry about regulations or inspections. The NOCK made it possible for Nate’s Nectar to meet the requirements for selling their creamed honey outside of Ohio, allowing their business to expand.

Partnering and processing at the NOCK has saved Nate’s Nectar over $1,000,000. The expansion into different states allowed them to build their own facility and streamline production, which has resulted in $100,000 increased sales and three new jobs. Wholesale was originally 40%-50% of sales, and now wholesale accounts for 75% of the company’s sales. They have also since created five new creamed honey flavors.

“I highly recommend the NOCK as it saves the cost of having to build your own center or to co-pack.” — Nathan Davis, Co-Owner of Nate’s Nectar 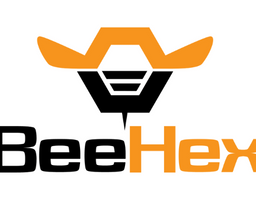 Make sure to read Part 1: Sanitary Design and CIP to completely understand our full-service journey with BeeHex. Part 2:… Cooper Farms is a family owned, diversified farm and food company based in Northwest and West Central Ohio, an area… When mass production is key, but machinery investment is limited, NOCK brings the heat. Angry Irishman has been crafting award-winning hot… NOCK Takes It To The Next Level What started out as a humble sloppy joe recipe dream created by Don Hill Jr.’s grandmother in the 1960’s quickly… Make sure to read Part 2: Substrate Characterization and Viscosity Studies to completely understand our full-service journey with BeeHex. Part 3:…